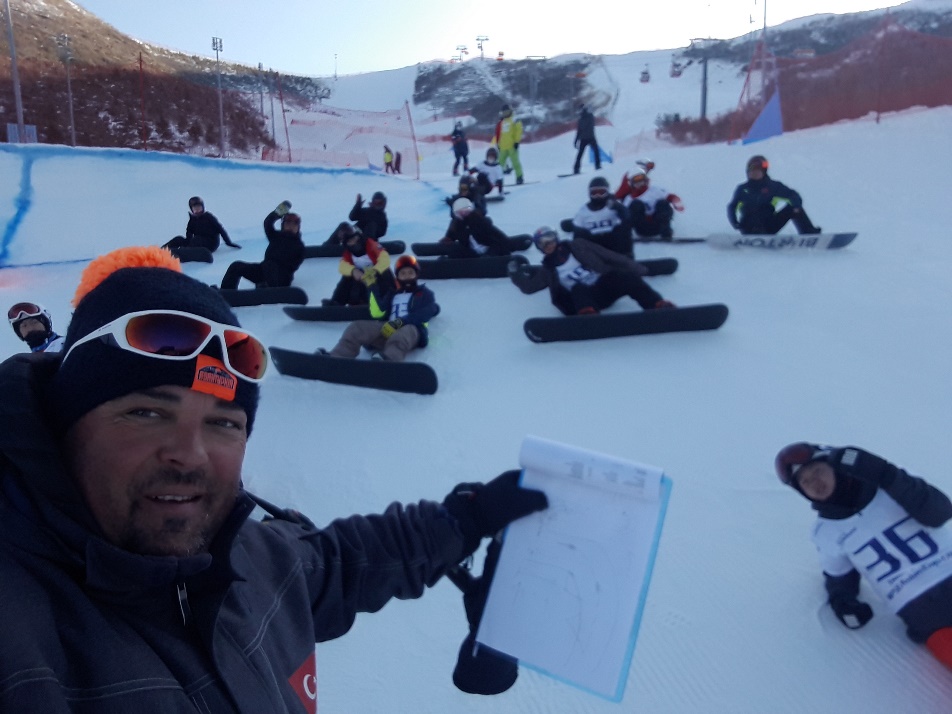 Born in September 1977, Jurica Stankovic has a phenomenal career so far in skiing and as a ski resort manager around the world.
In his sports career, Jurica was a national team player from 1996 to 2003 and an eight-time national champion in alpine snowboarding. He holds the best result of all time at the 2001 Winter Universiade in Poland, which ranked him by the categorization of the Sports Federation of Serbia into the category of deserving athletes of the Republic of Serbia.
From 2003 to 2007 he was the coach of the snowboard team of Serbia when the historical results for Serbia were achieved – silver medalist Nina Micic at EYOF. During this period he was also the technical organizer of the European Cups and FIS international competitions in Serbia
Since June 2013, he has been selected as a member of the FIS Speed ​​Skiing Subcommittee at the FIS Calendar Conference in Dubrovnik. Through his personal involvement in skiing, he made a great contribution to improving the quality of skiing and snowboarding in Serbia.
After a competitive career, Jurica devoted himself to managerial jobs at ski resorts – director of the Kopaonik Ski Center, then director of the largest ski resort in Georgia, where he was named Honorary Citizen of Georgia personally by President Mikhail Sakasvili for outstanding results in winter tourism development. He is the organizer of the first historic World Cup in snowboarding in Turkey … He was the head coach of the Serbian national team and then Greece …

How did you get to become a trainer of the Chinese Paralympic Snowboarding Team? 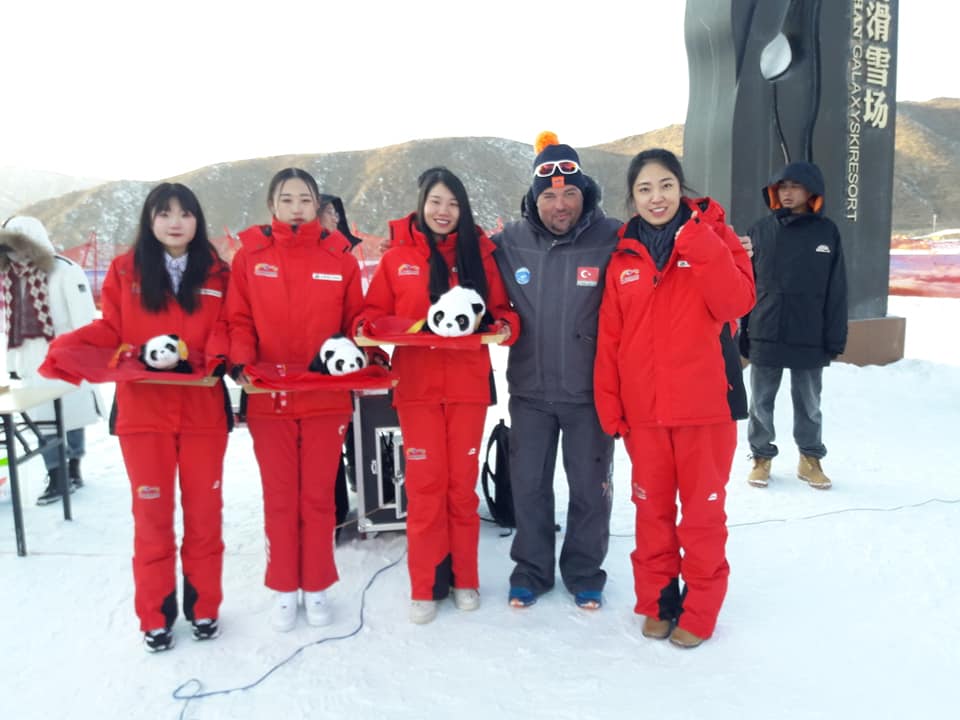 “At the end of 2019, I received a call from the Olympic Committee of China, I responded, negotiations started and here I am in China. It is a great honor to be the Olympic coach of the most populous country in the world.

This coaching call might be a challenge for you, what are your plans?

“We train at the Olympic Ski Center Galaxy. For the recently held Asian Cup competition, I made SBX training – a boarder cross track where we continue to train that discipline for upcoming competitions and World Cups. 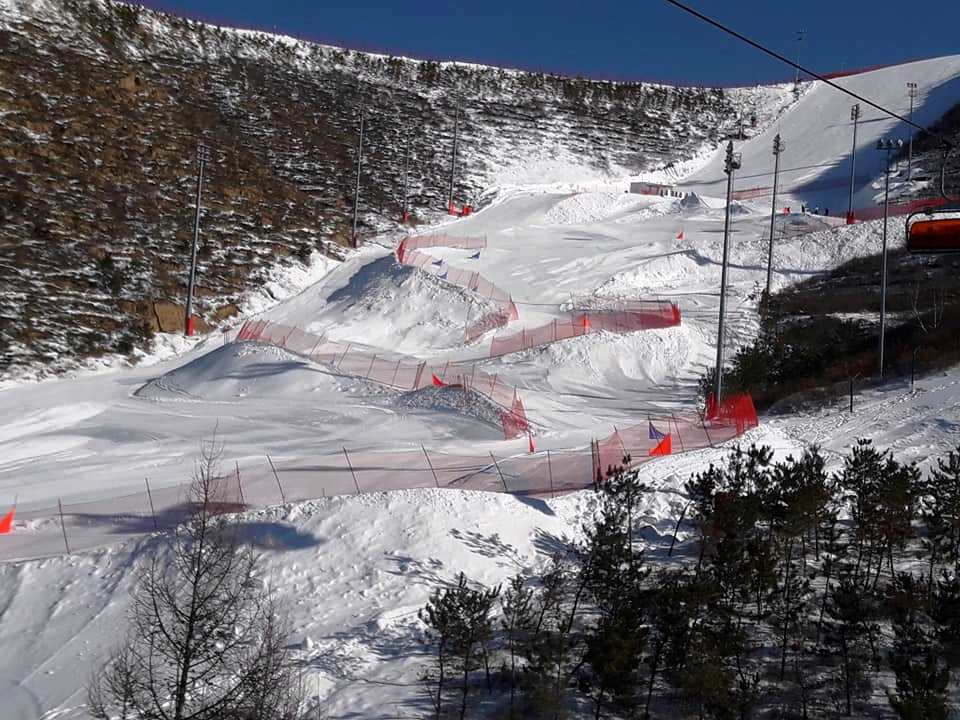 Under my leadership of the team, as well as the plan and program of preparation I have put together, I expect top results in the upcoming competitions. The total number of competitors in the team is 43 but the top 14 will go to the World Cup – selected competitors based on several criteria that they will have to meet. I hope that, as Selector of the Paralympic Team of China, I will contribute to raising the quality of the competitors to a professional level. 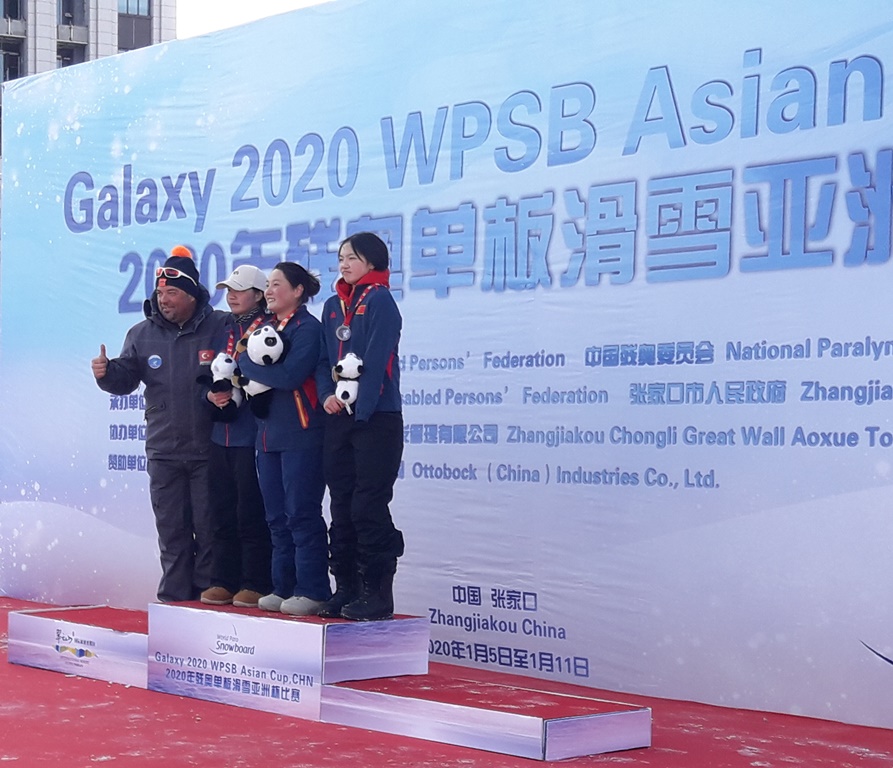 At the recently held Asian Cup, we won 31 medals, while the Russian team won only one and that 3rd place. The current results show that we have a very promising team and that in March we can expect great results in World Cup competitions. We now follow the preparatory cycle until the end of February and after that we travel to Spain, Sweden and Norway.“ 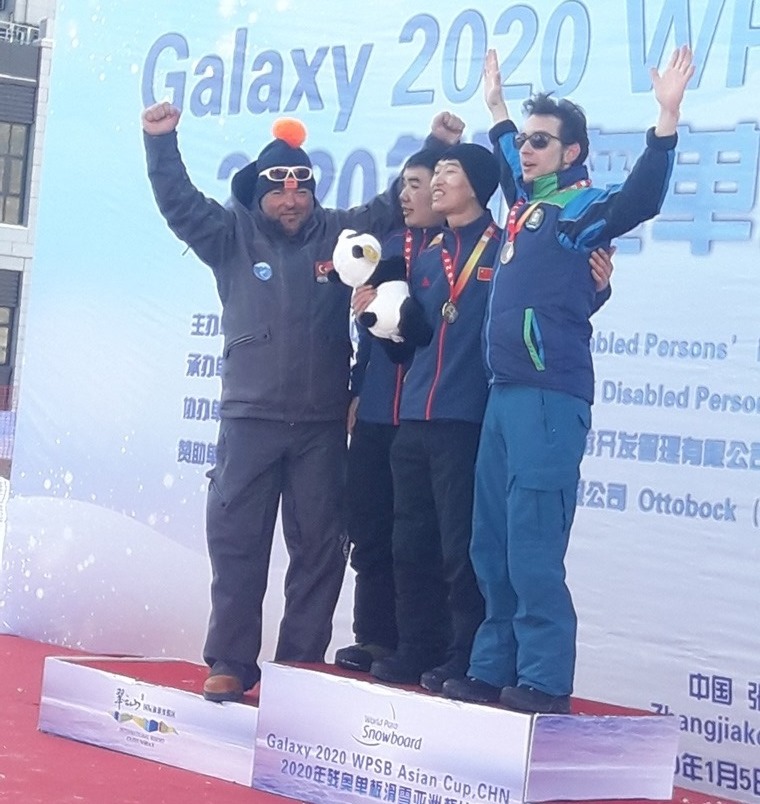 “I have. I plan to bring the Paralympic China Snowboard Team to Serbia for the preparations for the Stara Planina Mountain in the coming season, and of course, if there is an understanding in our Paralympic Committee and the Ski Association, I will propose holding a Paralympic World Cup or Snowboard World Cup with us.“

Tell us your observations about the ski center where you train? 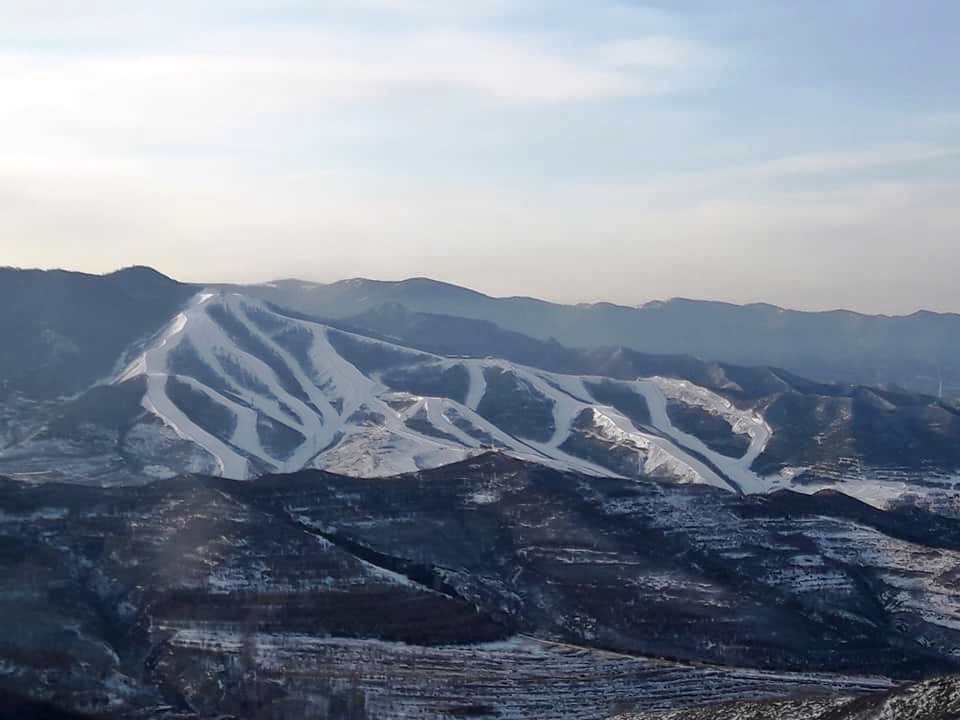 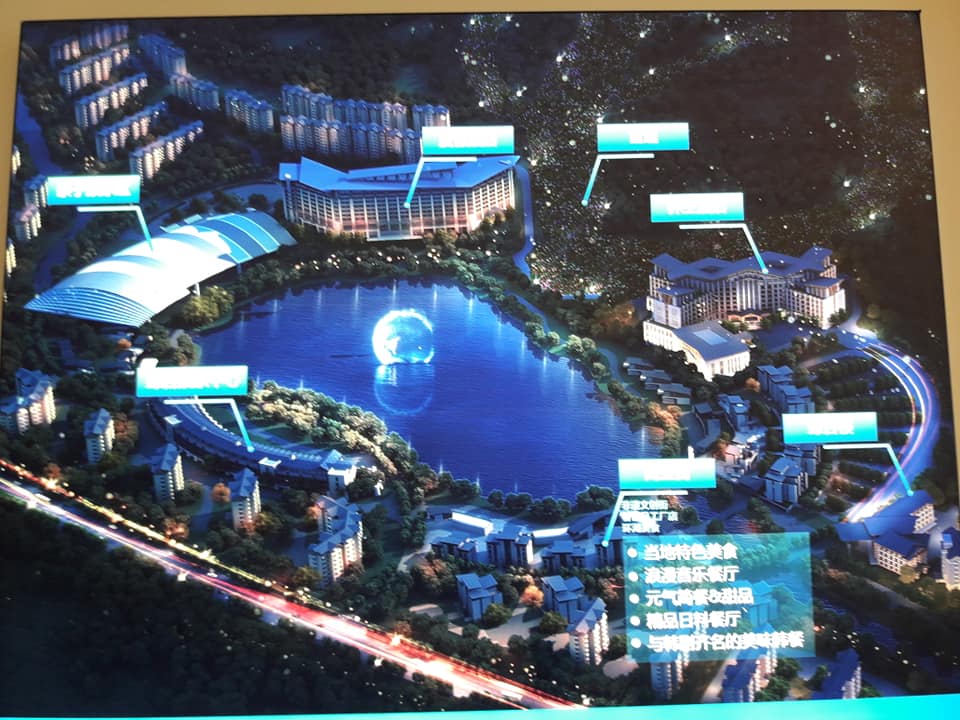 Hotels and apartment complexes are a special story because they are made to the highest world standards.“ 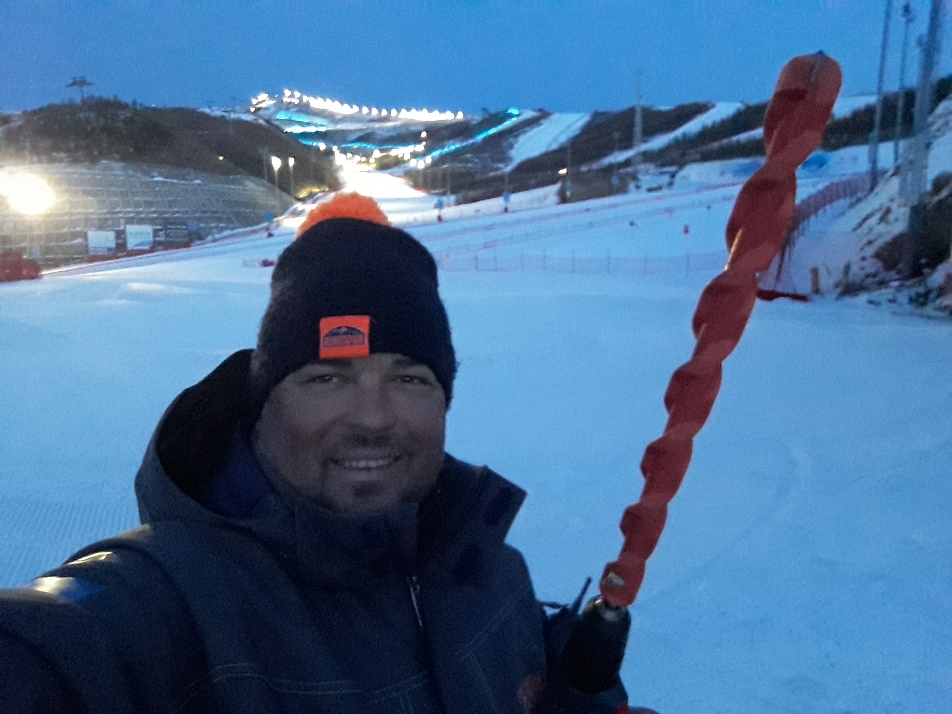 Will Jurica stay longer in China or is he planning to return to Serbia to contribute to the development of ski sports and ski centers with his knowledge and experience?

“I may stay in China, but my heart is drawn to Serbia because I can still contribute a lot to the development of winter sports and ski centers in Serbia, of course, if the expertise is first chosen and not a political choice. Although I am from the south of Serbia, I grew up on the slopes of Brezovica, Popova Šapka, Mavrov i Kopaonik… almost all my life.
Honestly, I hope that in the future, Serbia will learn to appreciate its people who have proven their expertise in the whole world and the white paths and here I am again in my Serbia …“

We wish Jurica Stankovic much success in his future work as well as in competitions and we sincerely hope that his desire to recreate champions and develop ski resorts in his Serbia will be fulfilled. 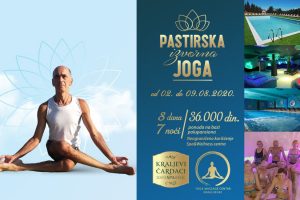 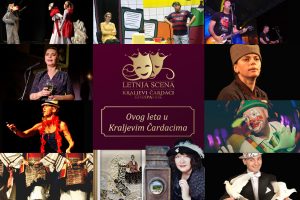 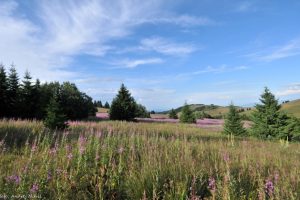 The summer season 2020 opened on Kopaonik, and guests can expect various activities, excursions and adventures

The summer season 2020 opened on Kopaonik, and guests can expect various activities, excursions and adventures

The opening of the summer season on Kopaonik on June 18, with free use of the content