Kopaonik, February 20, 2021 There will be no European Cup in alpine skiing on Kopaonik this season. That is the final decision, after a team from the FIS, the World Ski Federation, was on Kopaonik for a few days, together with the leaders of the Ski Association of Serbia and the race.

As Jordi Pujol, FIS coordinator for the European Cup, pointed out, the host did everything so that the race could be held, but due to the current, worsened, epidemiological situation in Europe, a large number of nations canceled their participation in this competition.

As it was pointed out at the press conference organized by the Ski Association of Serbia, the situation changed from hour to hour and the only thing left for the people from the FIS was that there would be no race.

Ivan Mirković, President of the Executive Board, thanked everyone who participated in the preparation of this competition and added – “A great effort was made, if there was a little more luck, now everyone would be on Kopaonik, but we will all have to wait another year.”

When asked who will bear the costs of the organization, Jordi Pujol answered that it will be discussed these days, but that things like this happen.

It is a pity that there will be no competitions in the European Cup on Kopaonik this year, but it is certain that this is not the end of the season for our skiers and that we will see more races on Kopaonik and in the region.

The Duboka ski slope is open and in operation 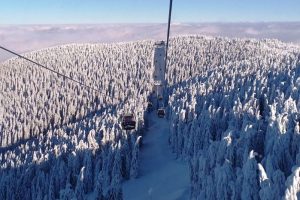 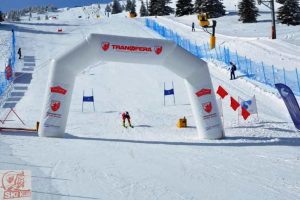 Kopaonik Ski Center operates at full capacity, ideal conditions for skiing
The Duboka ski trail and the Pajino ski trail are closed due to the European Cup on Kopaonik

The Duboka ski slope is open and in operation